We went to the Escondidos MC 2nd annual Mardi Gras Party, which was a crawfish boil at C-Hunts in Austin on Burnet Rd. Had a big group there, and the weather started out kind of rainy in the morning, but cleared up about the time the party started at 1PM. We planned to meet at the Starbucks up in Round Rock near the Outlet Mall, but though Debbie and I were there, no one else showed up. Turns out there are two Starbucks with apparently the same address but a block apart. Anyway we finally connected up with the Potters, and headed down to the party. Janice met us at C-Hunts, then we headed in to talk and greet all our friends. As you can see, I took a few pictures. Debbie and I aren’t big crawfish fans, so we opted for the tubular crawfish that tasted just like sausage. Boy was it good. After eating, we listened to some great music from a group laying some cajun music. They were really good, and matched the party mood perfectly. Finally we bid the party goodbye, and headed off into the sunset, or maybe that was afternoon set. Anyway, it was a great time. If you weren’t there, you sure missed it. 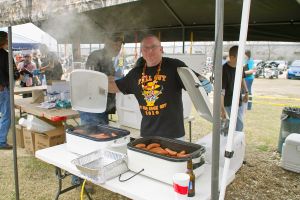 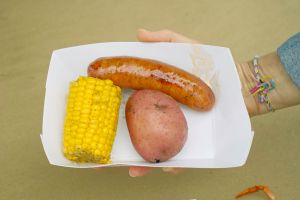 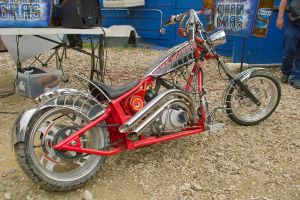