Debbie and I drove out to Thorndale this afternoon to the SovereignSons Food/School Supplies Drive. It was HOT today, but that didn’t keep lots of clubs and chapters from driving out there and donating items for the benefit. We noticed that there were several backpacks among the supplies, and someone explained that when the drive started, years ago, they would put the food and supplies in a backpack, and then the kids that really needed the food didn’t have to look like they had just come from the grocery. They were just carrying a backpack like all the other kids. Sounds like a great idea to me. Next year we will bring our supplies in a backpack, instead of grocery bags.

Anyway, the music was good, and loud, the air conditioning was barely keeping up, but it was definitely cooler inside than outside, and they had raffles and cold drinks for the thirsty. As we were leaving, we saw they even had a food trailer outside. Next time we will try it out. 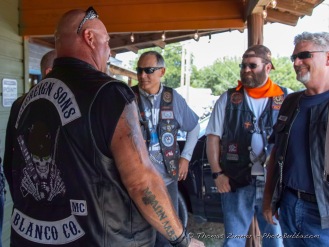 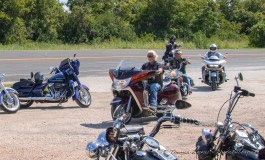 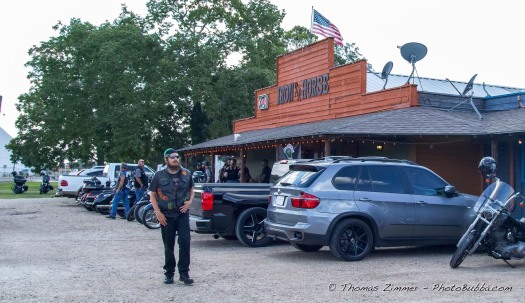