We headed out around lunch time for the Dark Horse 7th Anniversary party in Kingsland. Our GPS couldn’t find them, but we didn’t have any trouble finding the party, because we remembered where they were from last year. The process goes something like find their old digs in Granite Shoals and then drive another 10 miles and it’s on the right. We just need to get maps fixed one of these days. On arriving, there were already quite a few people there, so we gradually socialized out way through the crowd to the food table inside. All the while being told by everyone that the BBQ was really good. Well it took a while to get there, but it was definitely worth the effort. The Pork came with all the fixings, and I do mean all. The beans were wonderful as well, three kinds of salads, etc. They even had apple cobbler for dessert. We found a place to sit, and talked with friends while we ate. I would have loved to go for seconds, but I was just too full. after a while, we expressed out thanks and headed back. On the way we stopped to take pictures at the edge of the lake. We encountered some officers just coming in from working the lake boat patrol. Poor guys, must be tough work. Anyway the area where we encountered them was marked No Trespassing. I mentioned I just wanted to take pictures for a few minutes, and the seemed t think it would be ok. It was a good thing too, as Debbie found one of their personal floating devices left behind, and was able to catch them just before they drove off and return it. They were very appreciative and said they were glad they let us stay. We were too cause I think I got a couple of pretty neat pictures. After leaving the lake, we stopped at the overlook and met some new friends that were out on actual motorcycles. I had to get their picture of course. Speaking of pictures, here they are; 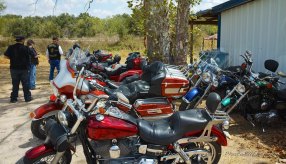 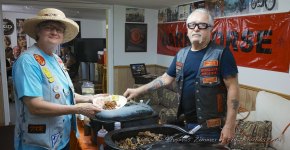 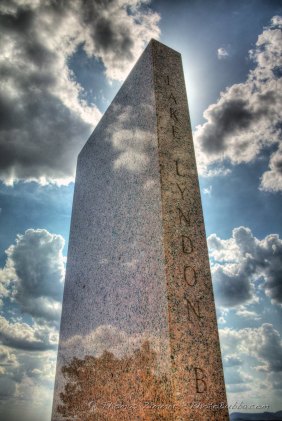 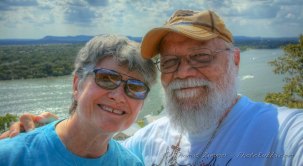