After church today Debbie and I went to this months COC&I meeting at the VFW. A changing of the guard ceremony was planned, and I was asked to take some pictures.  I would have done that anyway of course, but it was nice to get the heads up before it actually happened, so I could be ready.  To fill you in, Bandido Stonecold was the local COC&I Commander, and with his passing, the ceremony honored his service and passed the reigns on to Bandido Shadow who will be filling that role. As you can see from the pictures, it was very respectfully  done, with Christina (Jaded), Stonecold’s wife, participating. We continue to lift her up in prayer.

The first picture below shows that we sold Freedom Dogs, and Freedom Pie (Fritos and Chili), to raise money for TMRA II. Sales were brisk.  Thank you Wes for serving as commander and chef (no, that is not mis-spelled).

As for the meeting itself, we are all preparing for the coming Legislative Day in January, so there is lots of information dissemination and planning to be done before hand.  The meeting was closed very ably with a blessing and prayer by our Chaplain TAP. 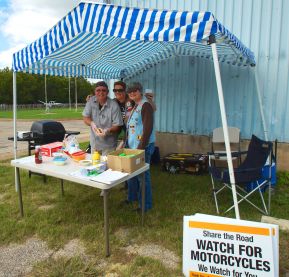 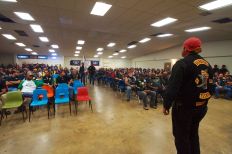 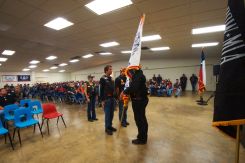 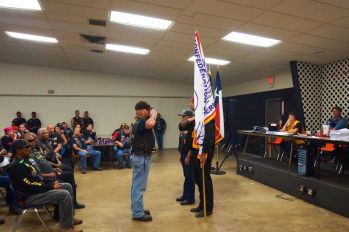 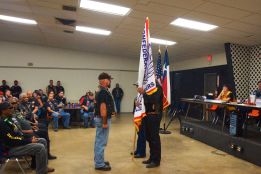 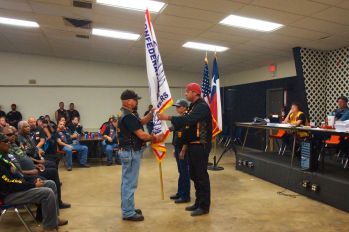 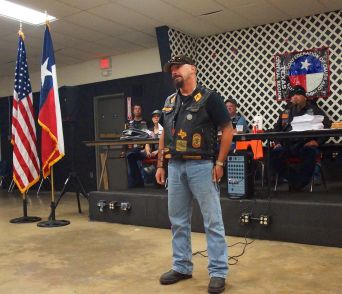 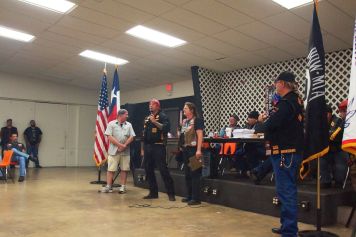 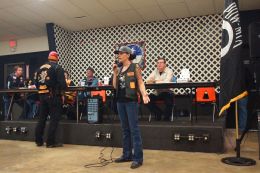 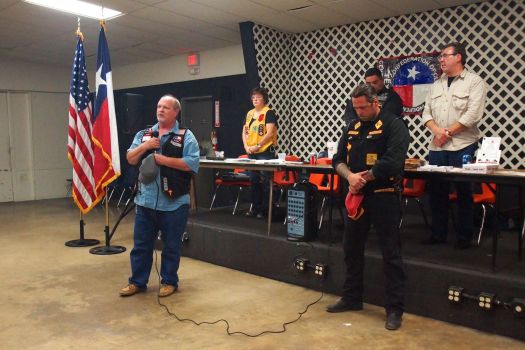