We had a great time at the TMRA II State meeting today, and of course Paul’s birthday party followed. I took a bunch of pics, and I think some of them are really good. Be sure to look for the largest and thinnest camera ever made (it’s an iPad, if you can’t guess). Oh, yes and there are pictures of friends too, and the food was great.  Messy, but great. So enjoy, and click any pic for a larger version. 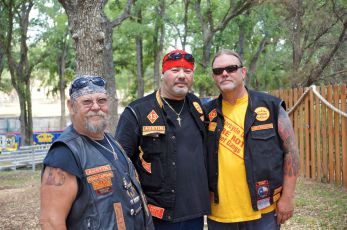 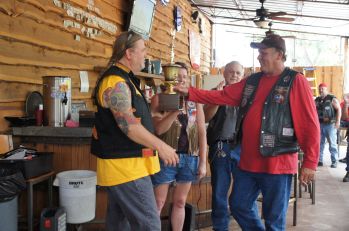 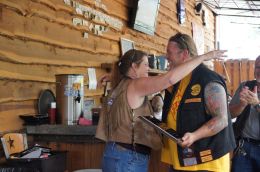 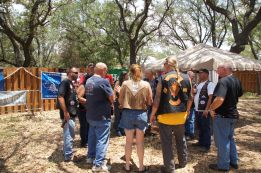 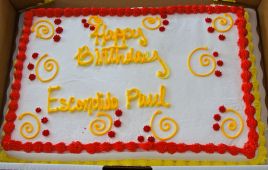 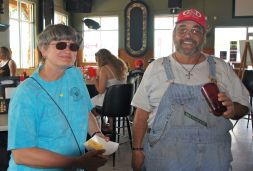 After the meeting, socializing with Randy, Paula and Janice.

Wow, someone went to a lot of trouble to paint these horses to look like Zebras. The detail is amazing! Uh…. Oh… I see, they really ARE Zebras!! 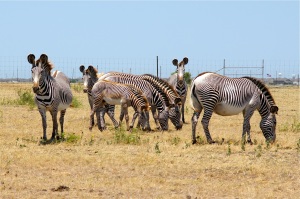 Debbie and I were a bit late to the meeting, but we were graciously welcomed anyway. Just a few things going on, most excitedly, the call to action related to motorcyclist harassment down in Houston. Seems there is one particular officer that likes to go out of his way to bother bikers without good cause. Hopefully this will get resolved quickly and correctly.  Anyway, here are a few pics I took this evening, enjoy. Oh, yes, since we were too late for me to give the opening invocation, our fearless leader Wes Brown had one ready for the occasion.  Praise God for handling things His way. I have included a photo here for your enjoyment.

There was once a young man from a far away country, who came to the ROT Rally. He saw wonders as he had never known, too many shiny motorcycles to count, and even more golf carts. He saw men walking from tent to tent looking for good deals that were rarely to be found. He saw women displaying their.. Uh. paintings for all to see. He followed all the people to hear the Do Be music that sounded so familiar. On sunday he heard a group of people singing songs of praise to someone called Jesus, and a man talking about what Jesus had done for a man called Foot. He learned that Foot was a biker, a bad biker, a mean biker, a deadly biker. Foot knew that Jesus could never love him, he was too bad. But over the years, Foot learned from people called christians that Jesus would not only forgive him, but that He would forget all the bad things Foot had done. As he got older, Foot got tired of all the fighting and the blood. Foot wanted to rest, so one day he sat down in his house, and he asked Jesus to forgive him. Jesus not only forgave him, he changed him, and he filled him with a joy that he had never experienced before. Jesus did love him, and now Foot understood that it was as simple as asking. After the young man from a far away country heard the story of Foot the young man decided he wanted this joy too. So he talked with Jesus friends and he asked for forgiveness too. The young man then went home and shared his new joy with all his family and friends.